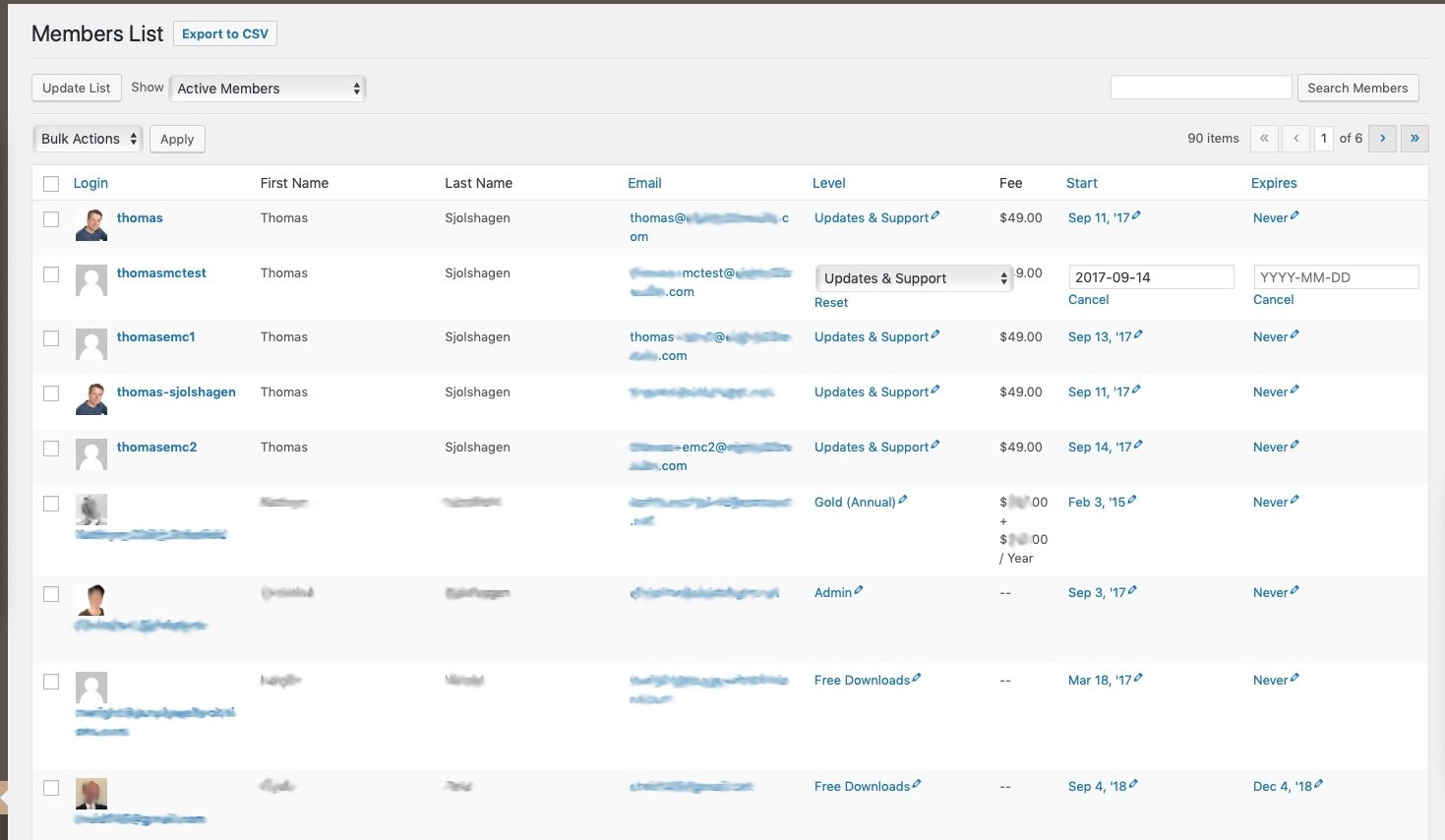 For my entire professional career, I’ve railed against the “not invented here” attitude that seems common in software development. That “made” me create the “Better Members List for Paid Memberships Pro” plugin.

Did it make sense to spend my time developing this plugin..?

Probably not, but it was an interesting exercise in trying to build a fully compatible option to an existing capability.

Creating this plugin also helped me learn even more about the member management features of Paid Memberships Pro.

Back in 2016, I rewrote the “Export to CSV” functionality for PMPro.

That was my first time digging into the Members List functionality.

I suggested rewriting the Members List in PMPro at the time. My plan was to use the same approach as I have for the Better Members List plugin. Unfortunately, my proposal wasn’t accepted.

In the years since, I’ve submitted hundreds of updates to various parts of the PMPro plugin and the add-ons.

I also made multiple proposals to improve the user experience for the Members List.

Typically, my suggestions were based on requests I saw in the PMPro Support forums.

For a while, you’ve had to register on my site in order to download this free plugin.

I wanted to track the use of the plugin. I also feel that I could deliver a better support experience by knowing who’d downloaded it.

With the number of downloads I’ve seen, I decided to submit the plugin to the WordPress.org plugin repository.

It was accepted late last week.

The plugin could always be updated using the standard WordPress one-click update method.

One problem was that it wasn’t possible to install it the same way.

WordPress.org accepting my plugin means you can now install it using the WordPress plugin dashboard.

I have included a few key features, so when you install it you can:

Unlike the built-in PMPro version of  the “Members List” functionality, the Better Members List for Paid Memberships Pro uses the WP_List_Table class.

For that reason, decent WordPress programmers should be able to add new member list columns with ease.

Using the WP_List_Table data structure makes for a much more flexible programming environment.

A more flexible programming environment means it’s easier – cheaper(!) – to both maintain and extend the features of this plugin.

Why give it away?

I wanted to give users of Paid Memberships Pro a more powerful and flexible alternative.

I also have used this plugin to significantly extend the members list for customers of mine.

Because of my experiences with this plugin, I think of it as a gateway for others to extend.

And, I wanted to showcase my own development services.